An icy blast not seen for exactly five years is set to hit Tasmania on Tuesday and Wednesday, causing temperatures to plummet and snow to fall to right down to just 100 metres — with the high potential for Southern Tasmanians to be waking up to a WINTER WONDERLAND on Wednesday!

“We’ve got a cold front and a really cold air mass approaching with some really cold Antarctic air,” he said.

“We’ll initially see some rain starting to develop over Tasmania this afternoon as the cold front approaches and then we’ll start to see the snow line lowering.

“There could be some snow around, certainly on Mount Wellington and down into some of the Hobart suburbs.

“I wouldn’t be surprised if Mount Nelson, Fern Tree — places like that saw some snow on the ground.”

“A minus 38C polar air mass at 18,000ft is forecast to cross the state late Monday into Tuesday,” Higgins Storm Chasing posted.

“Global model data is currently saying snow will fall to sea level pretty much right across the state with up to half a metre across the Western and Central highlands.”

The last time it snowed at sea level was in 2015, when areas such as Clifton Beach saw flurries of snow covering the sand.

Before that, it hadn’t snowed in the city at the same levels since 1986.

WHERE TO SEE THE SNOW?

Mt Wellington is the easiest place to see snow in Tasmania, being 1200m tall and a short drive or hike out of Hobart!
The road to the pinnacle can be closed after heavy snowfalls – check here for the latest updates.

The temperature at the top of the mountain is normally 10°C colder than in Hobart, and strong winds are common – so make sure you pack a lot of warm layers and bring your hardshell jacket.

Hobart’s BIGGEST snowfall in recent times was in July of 1986, when snow reached sea level, covering the city in a HUGE blanket of snow!

Tasmania had another HUGE snowfall in August of 2015, which the Bureau of Meteorology confirmed as being part of the state’s COLDEST WINTER in 50 years!

During times of severe weather, the City of Hobart can close the road up to the pinnacle of Mt Wellington, leaving many snow seeking locals and tourists resorting to walking up the mountain. A recently introduced snow bus, which has approval to operate beyond the closed gate on Pinnacle Road has been tempoarily closed due to COVID-19.

Snow comprises individual ice crystals that grow while suspended in the atmosphere—usually within clouds—and then fall, accumulating on the ground where they undergo further changes. It consists of frozen crystalline water throughout its life cycle, starting when, under suitable conditions, the ice crystals form in the atmosphere, increase to millimeter size, precipitate and accumulate on surfaces, then metamorphose in place, and ultimately melt, slide or sublimate away.

Snow is a major attraction for tourists to Tasmania, with hundreds of thousands flocking from overseas to experience Tassie’s icy cold beauty.

Tasmania’s rugged beauty takes on an enchanted quality in winter. The air is crisp, and falling snow dusts the mountains and eucalyptus trees. Festivals celebrate apple cider, chocolate, singing and the winter solstice. A popular Tasmanian winter festival, the Huon Valley Mid Winter Fest (pictured) was recently cancelled due to COVID-19 concerns, with organizers hoping to shift the event online for 2020.

How will YOU be spending winter in Hobart? 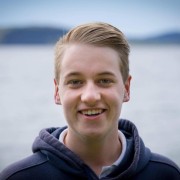